Celebrate one of the New York Yankees 27 championships with our custom Subway Series World Series fitted! Official team color Navy crown/visor/button, White front logo, White sweatband, and left-sided World Series patch in official league colors. Although this particular side patch was not worn on the field, it's unique feature of both New York Mets and New York Yankees logos make this a fan favorite. 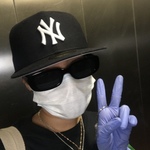 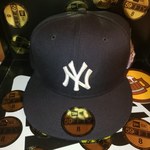 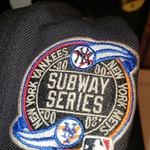 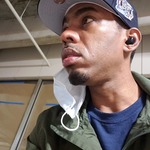