In the 2018 MLB season, the New York Yankees set a record by hitting 267 home runs as a team. This snapback celebrates the well-earned nickname Bronx Bombers, denoting their high volume of homeruns and explosive offense. Featuring their primary logo in Navy and White alongside the wordmark, this snapback is one of a kind. Official team colors make it easy for this hat to be worn with team gear, as well as a variety of different fits. With the record of 267 HR seemingly safe for a long time, this is the ultimate bragging right for the greatest sports franchise on planet Earth. 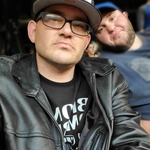